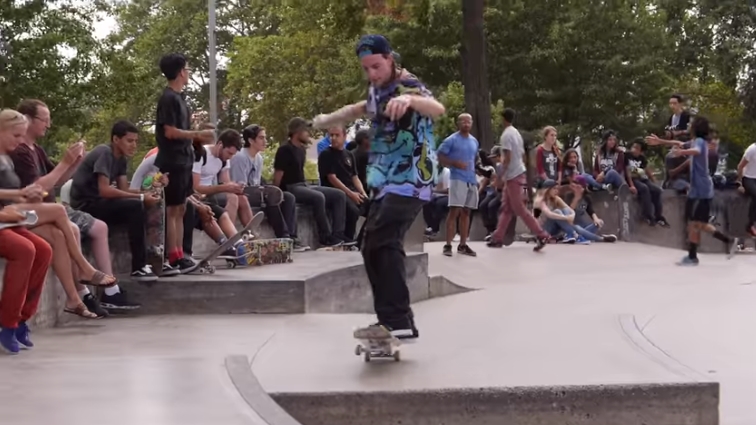 After a stressful week thinking about the huge storm that was supposed to hit Friday night and Saturday morning, we decided to roll the dice and push the Rider Cup Queens Qualifier start time back to 3 on Saturday. We crossed our fingers and hoped it would be dry…

Luckily, the storm subsided and 8 teams of Queens’ rippers registered and were ready to give it a shot at the $2000 cash prize and one of three spots in the Rider cup NYC finals. Queens brought the most intense skating that we’ve seen so far at Rider Cup NYC, which is why 3 of the 8 teams would be advancing to the finals. In the end, those teams were Team Belief, Wave Sauce, and Outliers.

Congrats to Team Belief for taking home the $2000 prize and a top spot in the Rider Cup NYC Finals!  Thanks to everyone that came out and skated and supported.  Big thanks to Sticks & Stones Inc., Belief Skateshop, and Volcom for making it happen.  See you next week in Staten Island for the final qualifier and then on August 16th for the finals at LES!